Apple’s recent press event was met with the anticipation one would normally expect despite leaked details about the new iPhone 7. Many rumors were confirmed and some were clearly found to be false. What, if anything, can homeschoolers take away from the announcement?

Thanks to all the individual patrons who have supported the podcast. Special thanks go out to Matt Kamla, Lori Silsbee, Winston Crutchfield, & Aaron Hughey.

Which iPad Should Someone Buy for Homeschooling?

Darren wants to know which iPad would be better for homeschooling, the standard 9.7″ one or the iPad Pro?

The biggest surprise was the announcement of Super Mario Run for iOS. iOS and Nintendo fans have wanted a legal way to play Mario on their iPhone for years and it finally arrived in the form of a side-scrolling runner game.

Nintendo’s Shigeru Miyamoto (the creator or Mario) made the announcement himself both in English and Japanese. There was also a brief demonstration of the gameplay. Super Mario Run is scheduled to be released in December 2016.

Keeping with the popularity of gaming on iPhone, Niantic announced that Pokémon GO would be coming to the Apple Watch. There was a demonstration of the interface and gameplay along with a short plug for the Pokémon GO.

The biggest change to the Apple Watch (besides a processor and screen upgrade) is that the new Series 2 will be water resistant up to 50 meters. Battery life and price remain the same. What is being called the Series 1 Apple Watch gets a price drop from $369 to $269 which is a hefty price to have Pokémon GO on your wrist.

After much hoopla, we finally heard about the iPhone 7. Many of the rumors that had be swirling around Apple’s flagship device were true. The iPhone 7 Plus is getting dual cameras. The standard 3.5mm headphone jack has been eliminated in favor of Lightning Port or wireless headphones. Also, storage has (finally) been doubled on all of the devices.

Additionally, the iPhone 7 is now splash and water resistant. This means you can drop your phone in the toilet and it shouldn’t get damaged. The IP67 certification means it can be submerged in water under 1 meter for up to 30 minutes. Keep in mind, these specifications are tested in a lab and don’t reflect how the device will perform in the “real world”.

There was some talk about iOS 10 but noting really stood out to me. I’m still waiting for Apple to announce a method to have multiple users on an iPad as I think that in an educational and home environment this would be very beneficial.

Education was briefly discussed but I didn’t see anything that would make homeschoolers excited. I’m sure as the release date for iOS 10 approaches, we’ll get more news about the application of the new iPhones and operating system to education.

Should You Wait to Upgrade to iOS 10?

Despite early reports of iPhones crashing after updating to iOS 10, I went ahead and upgraded the day after it was available. I asked you if you’d upgraded yet and some of you had already made the jump.

Tips for Upgrading Your iPhone’s OS

You can call 518-290-0228 to leave me a message or use this convenient widget to record a message right from your computer.

The Wired Homeschool is a proud member of the Tech Podcast Network. For more family-friendly tech podcasts visit techpodcasts.com

Music for the podcast by Kevin Macleod.

Disclosure of Material Connection: Some of the links in the post above are “affiliate links.” This means if you click on the link and purchase the item, I will receive an affiliate commission. I am disclosing this in accordance with the Federal Trade Commission’s 16 CFR, Part 255: “Guides Concerning the Use of Endorsement 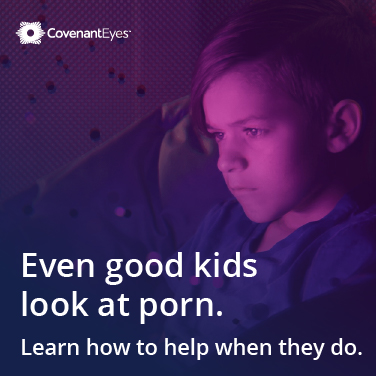